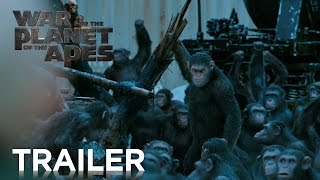 A closer look at the top films in theaters and rentals with Kevin, The Engaged Gaze's resident film critic! IN THEATERS War for the Planet of the Apes A triumph of a threequel, the third film in the reboot series finds Caesar and his tribe of intelligent apes under siege by an evil Colonel, assisted by turncoat simians. The digital effects are so stunning, you will forget that it’s Andy Serkis under those pixels. This war shows how the Planet of the Apes actually comes to be,

John M. Erickson, Ph.D. (West Hollywood Councilmember) has earned a reputation as a fearless, tenacious, and effective voice for those who need one. His advocacy work includes serving as a National Board member of the National Organization for Women and President of the ACLU Southern California. In 2017, he became Governor Brown’s appointee to the California Commission on the Status of Women and Girls and served as an organizer for both the Resist March and the historic Women’s March Los Angeles. He serves on the Board of the Women’s March Los Angeles Foundation and many more organizations. Councilmember Erickson was part of the End Statute of Limitation on Rape (ERSOL) Campaign, which overturned California’s statute of limitations on rape and sexual assault in 2016. To read his full bio, click here.

Martha Cecilia Ovadia (Marci) has worked for more than 15 years in service of the work of justice and liberation for all across multiple sectors, including local government, academia, academic publishing and the philanthropic sector. She has significant experience in racial equity education and facilitation, organizational decolonization and healing implementation, as well as an extensive portfolio in philanthropic equity-focused strategic communications and community storytelling.

Marci is a Ph.D(c) ABD graduate of Claremont Graduate University, having worked on an interdisciplinary dual Doctorate in Religion, Ethics and Culture (focusing on gender, race and intersectional liberation theology) and English Literature (looking at intersectional activism in woman’s dystopian literature). She has a MA in Religion, Ethics and Culture (focusing on BIPOC feminist and queer theology) from Claremont Graduate University and a BA in Religious Studies and Art History from Florida State University.

Marci is also the CEO + Founder of La Libertad Consulting.

Want have Engaged Gaze feature your podcast or writing?